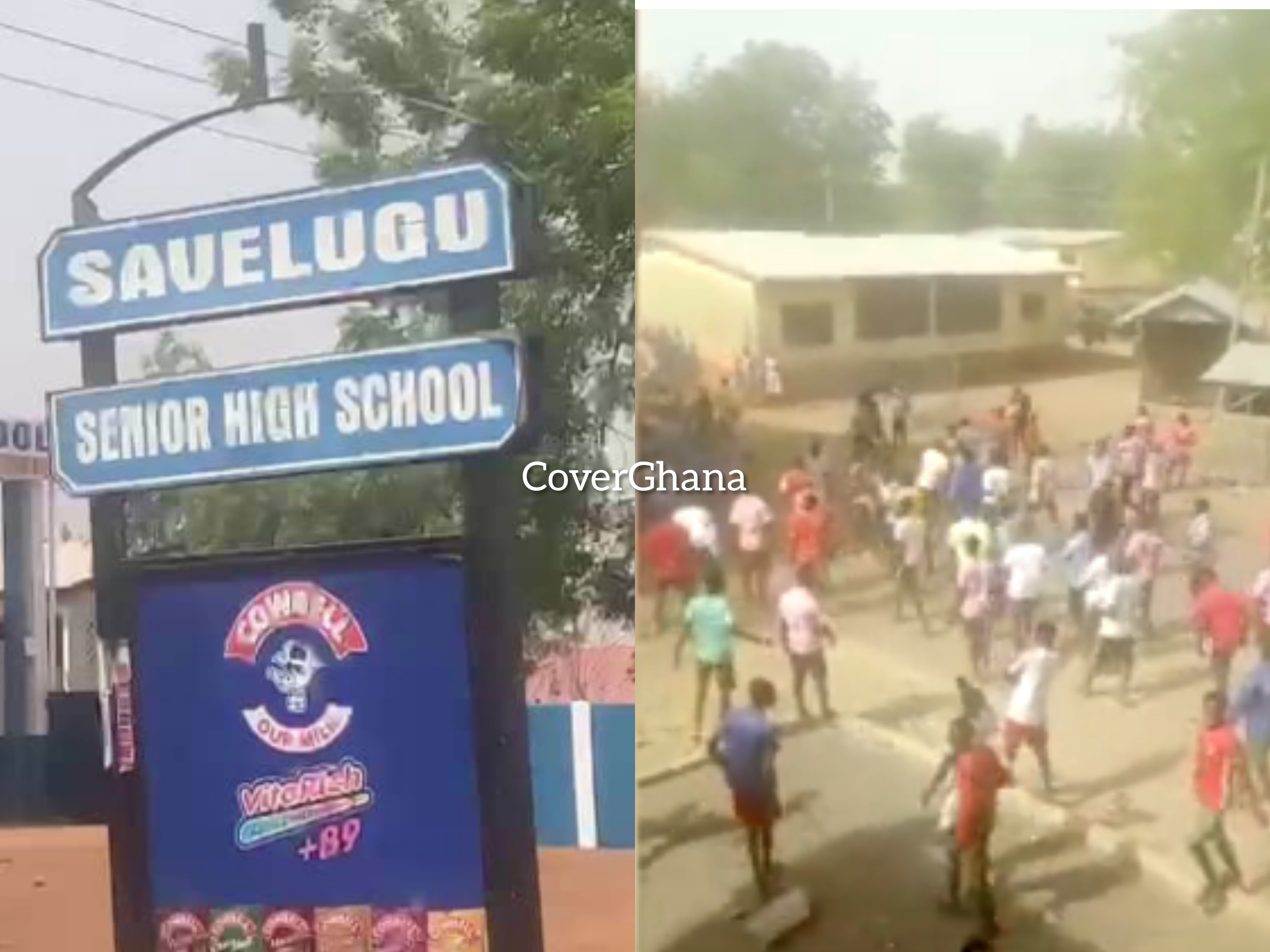 Students of the Savelugu Senior High School have protested over the some bad practices and challenges they are facing in their School.

Speaking in an interview with Joynews during a demonstration, the students lamented that the food they being served in the dining hall is nothing to write home about.

According to them, they decided to protest because,  the food that they are served in the dining hall under the school feeding program is not enough.

ALSO READ : VIDEO : Abronye DC exposes A Plus, says he went to President Nana Addo to stop him from siphoning fuel from Castle

The students also alleged to that, some of the foods that they are served in the dining hall such as the Sardines and Milks have expired but they continue to give it to them to consume.

The learners also complained that, it seems the school authorities do not care about them because even the supply of electricity to the school is not stable and they sleep in darkness most often and do not get electricity for their studies.